Special Olympics Nova Scotia’s partners, sponsors and supporters are valuable and critical in supporting our  Special Olympics NS athletes of all ages and abilities across the province. Changing and enriching lives through sport is only possible with the help of passionate volunteers and our generous support team lead by the following organizations.

The Government of Canada

The Government of Canada provides important funding through Sport Canada and via Special Olympics Canada  that has been instrumental in transforming our organization. Funding has directly impacted the ability to offer programs for young athletes, programs in schools such as our Unified Sport Program and assisted regional groups with funding to put on competitions and purchase updated safety equipment.

The Province of Nova Scotia

Department of Communities, Culture and Heritage

The Department of Communities, Culture and Heritage  recognizes sport as part of our communities and an important part of our inclusive and diverse culture. Special Olympics NS receives annual funding to help ensure we are able to continue offering sport and recreation opportunities to our athletes and ensure healthier citizens.

was designated as the founding partner of Special Olympics and in 2017 we celebrated 30 years of continuous support of our athletes. Beginning with financial and employee volunteer support of our provincial summer games, the past 30 years has seen their support grow to include the largest school based awareness program helping us spread the word of  acceptance to our youth.  They are also proud partners to our Special Olympics Inspired Gala that happens each January.

CTV Atlantic demonstrates a strong commitment to the community, contributing funding, resources and time to a large number of community and regional charitable organizations. Special Olympics has seen this support reach into all of our major fundraising initiatives as well as providing employee volunteer support.  We are proud to have Ana Almeida as a member of Provincial Board of Directors and the entire CTV team as supporters and friends.

was created in 1980 as a living tribute to the late Ernest B. and Delia (Bridget R.) Edwards and their family. Its purpose is to honour and perpetuate the genuine concern and sense of caring that the Edwards family shares for the communities in which they lived and did business. Since its inception, the focus of the Foundation has been to assist the less fortunate, with particular emphasis on the needs of disadvantaged children. In 2010 Special Olympics NS was proud to name the “Track & Field Competition”  after the Edwards Family seeing over 160 athletes take part during the Provincial Summer Games. The Edwards Family Charitable Foundation celebrated 20 years of continuous support in 2011 and remains an important part of the SONS Team and our athletes success! 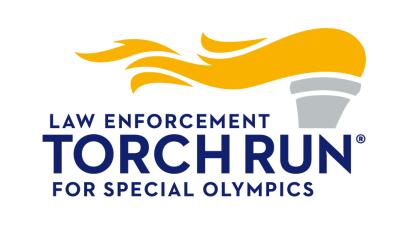 Law Enforcement Torch Run, or LETR as it is commonly abbreviated, is run by Police Officers, RCMO, Sheriff’s Deputies, support staff, police volunteers and other law enforcement professionals from around the world. Similar in many ways to the Olympic Torch Relay, the Law Enforcement Torch Run consists of scheduled relay events, usually held in conjunction and coordination with Special Olympics functions (like the Special Olympics Summer and Winter Games. Locally the LETR has provided volunteer and financial support though such initiatives as the former Halifax Police Chase, the Truck Convoy for Special Olympics, and most recently the Halifax Polar Plunge. . A proud partner and valued supporter in Nova Scotia and across the world.

The Canadian Progress Club – Halifax has been a valued partner on a local level sponsoring and supporting such great initiatives as the Golf Tournament at the Provincial Summer Games as well as the being the leading supporting partner in the Play Unified Program.  The Canadian Progress Club –  Halifax was the founding partner of our pilot year in the AVRSB and has continued their support into 2018 as we expand into other schools across the province. From just one program in 2016,  we are now proud to say that over 30 schools have joined the Unified Sport movement. Support of Team NS and on our Board of Directors are just some of the ways the CPC – Halifax shows its support to our athletes!

The Knights of Columbus

The Knights of Columbus show their support to our volunteers and athletes in many ways. As the host of the HRM Regional Track event the KOC members have continuously shown their dedication to the many athletes within their community. As contributors to the annual transport fund for our regions and important members in the awards ceremonies at Provincial Games the “Knights Salute” is worth its weight in gold!

Special Olympics is proud to have the support of many national partners who work with all our programs and athletes across Canada. Many are long standing, while others are new. However, all embrace the power of Special Olympics at work and at play. Thank you for embracing our community, making it a more cohesive environment for all. 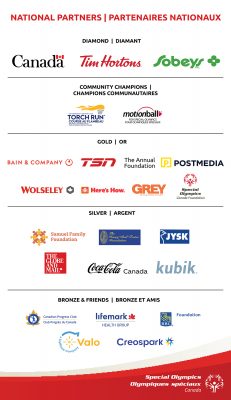