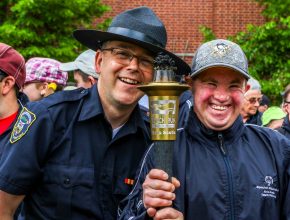 Are you ready to cheer on the LETR?  The Law Enforcement Torch Run team began the journey in Bridgewater, Nova Scotia this weekend.  After the provincial summer games the Flame of Hope will take a winding path to the National Summer Games in Antigonish. It is an exciting summer for the Special Olympics in Nova Scotia.

This weekend (June  8th to 10th) Nova Scotia kicks off the Nova Scotia (NS) provincial summer games hosted by Saint Mary’s and Dalhousie University. (See the Schedule here.) These games begin with the Torch lighting ceremonies on Friday June 8th.  Fans and Family can join us at 5:00pm for opening ceremonies at the SMU Homburg Center Main Gym.

Our LETR (Torch Run) Departs To Antigonish Via Halifax

After the completion of the Nova Scotia Provincial Summer Games, the Torch will head off on a Nova Scotia wide tour. The LETR team will visit many law enforcement partners and communities including:

The LETR is a world famous torch run that  Law Enforcement Torch Officers will carry the “Flame of Hope” dedicated to continually increasing awareness and funds for Special Olympics. The LETR creates a sense of commitment with a broad group of local Law Enforcement agencies (Police, RCMP, Coast Guard, and more)  through province-wide programs that contribute to a better quality of life within our communities. 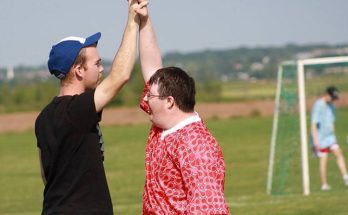