The team has been together for several years with players starting off as rookies. Early on in their careers, they began by learning the basics of the sport. With the help of their coaches and their dedication to learning how to compete, they began attending provincial winter games and steadily building their skill level.

Like each new team, gaining skill and learning to play together took time and an investment in their skills. Over the years they have competed at every level from beginners to advanced.  Most recently this success paid off as they won the top division at last year’s national qualifier.

Due to their accomplishments and hard work they were recognized and awarded the 2015 Special Olympics Nova Scotia team of the year. With support from family members who have been there every step of the way, their success has continued this week at nationals. Today they played their first two games in their division to a resounding success making them 2-0 in the curling competition here in NFLD.

From the time they were selected to Team Nova Scotia, their family and friends had already planned to attend the national games to support the team. This family support is directly correlated to the family atmosphere the 5 team members show each other on the ice each and every game they play. 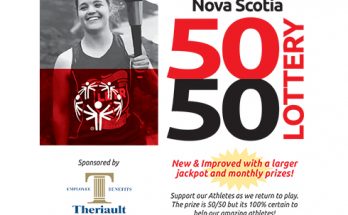