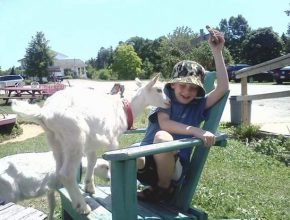 He’s sitting in the corner of the hall, bouncing his head against the wall, then curling up and looking as though he is licking the floor, I don’t think he is, but the wonderful thing is… No one is watching, no one is judging, people are talking to me while I watch him in the corner, we are accepted, and I am not judged.

“He”, is my son, “X” who has Autism, a fairly recent diagnosis, around the age of 6, “X” is the one in the corner of the room banging his head and ignoring the room full of fun. We are at our first ever session of FUNdamentals in Sackville, the Regional Coordinator Kem Simmons has encouraged me to bring “X” along to try it. Kem and some of the other parents, come over and speak to me, reassure me that “X” is ok to do what he is doing as long as he is safe, he stopped banging his head. They explain that there is no pressure for the kids to join in if they need time to adjust, and that is what he was doing, adjusting, the lights, the noise, the room, everything I don’t need to adjust to.

I was welcomed openly, as was my son, for who we were. I relaxed, he ended up joining in towards the end of the session, he did it his own way, not the way the coach said, but I felt a hand on my arm, a voice that said, “it’s ok, let him be”.

FUNdamentals continued to be part of our family life for a couple of years, my husband joined as a coach, my daughter joined as a volunteer, and I joined as a coordinator, it became a family time, which gave us more friends, more enjoyment in our lives and above all, excitement of seeing families celebrate small and large achievements that they have made during FUNdamentals.

“X” has become a fabulous athlete who was able to learn so many new skills, the fundamentals of sports, he now hits a baseball with amazing skill, he shoots in soccer like a star striker and he is also an amazing Junior Volunteer for Active Start. Fundamentals was more than a sport, it was acceptance, inclusion and above all….fun.

Jenny Tyler is a mom, volunteer, coach and blog writer.  Please watch for her continuing story on her son affectionately known as “X” – not to hide his identity but because that is their nickname for him.

Watch for her continuing story on their journey into Special Olympics.